The Vircadia open source metaverse ecosystem is comprised of many components. Understand the Architecture

Vircadia's primary components are released in the following order:

Components that are early in their development cycle are updated instantly and independently, usually with little testing. This is to allow for quick and agile development.

Vircadia's architecture consists of the following components that work together to form a resilient and complete experience. 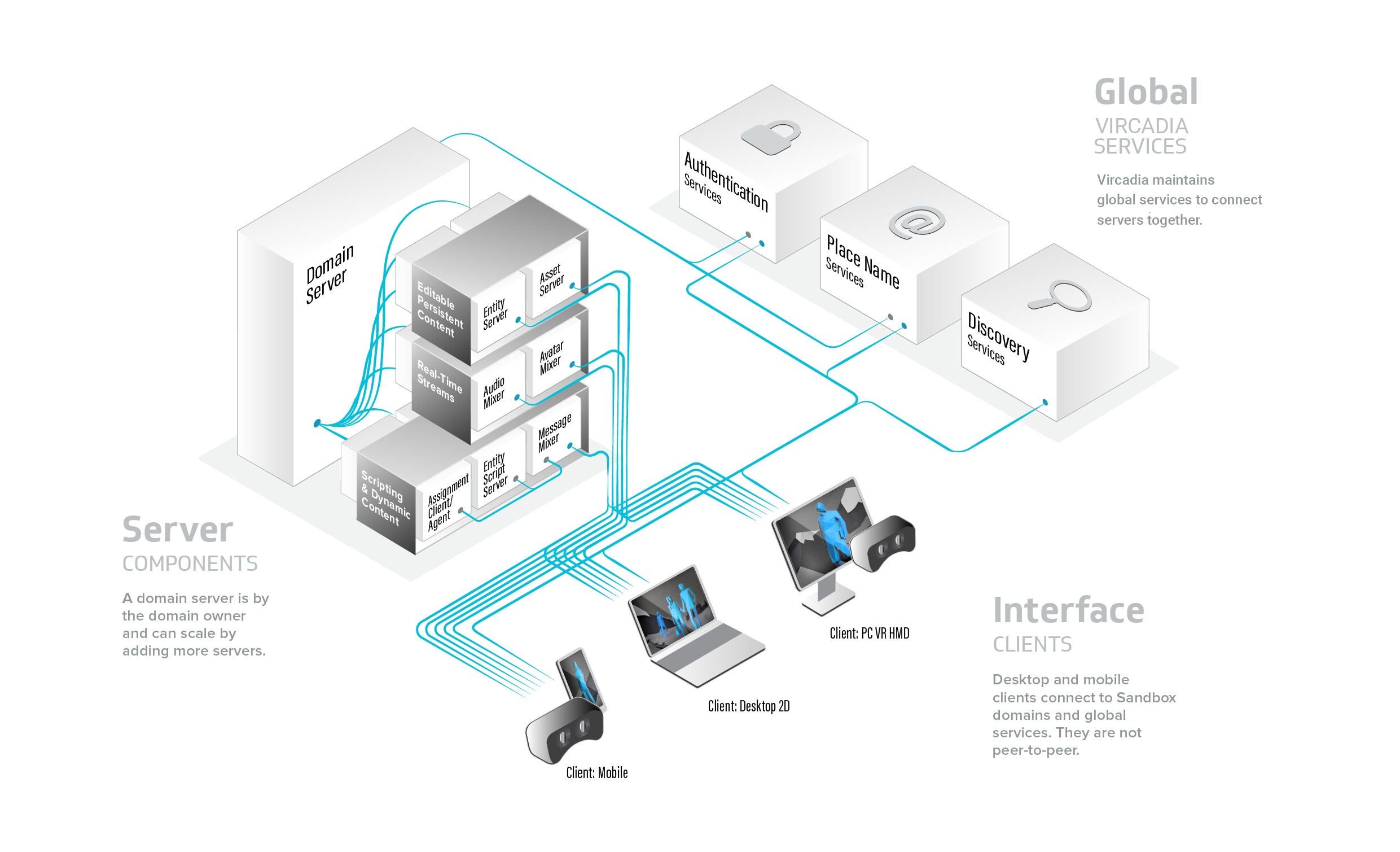 A Vircadia Interface (or simply 'Interface') is one of two user interfaces developed by Vircadia, a developer Interface, and the end-user web Interface. These are used to explore the metaverse and engage with people from around the world. When a user enters a domain, their Interface connects with the domain server that is hosting the virtual world, alongside any global services. 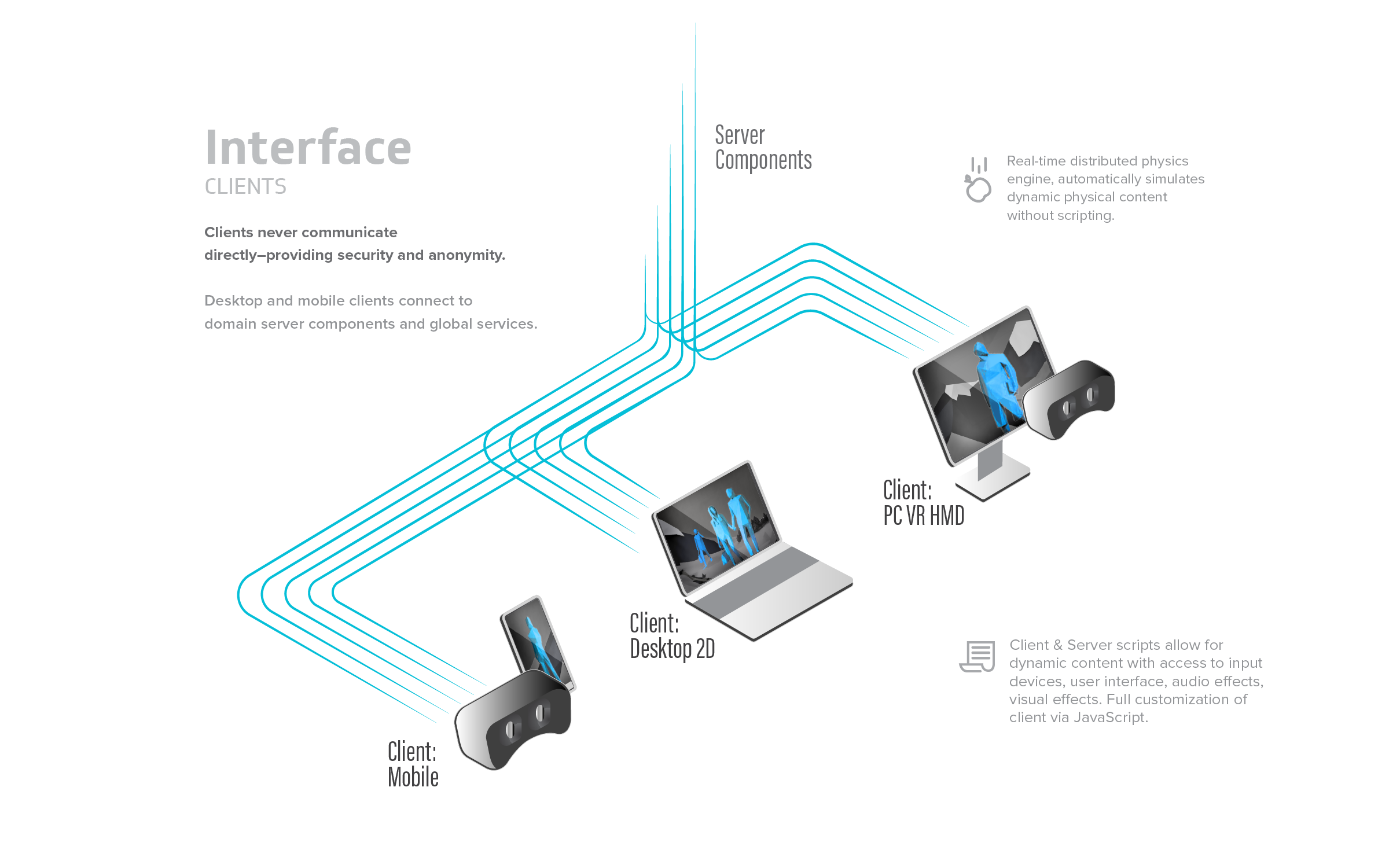 A domain is the real-time spatial simulation that users visit. It is computed by a stack of programs on one or more servers. The domain's server stack is a set of components that simulate and manage different aspects of the domain such as audio, entities, and avatars. Everything that a user will see, hear, and do in a domain is managed by the server stack. 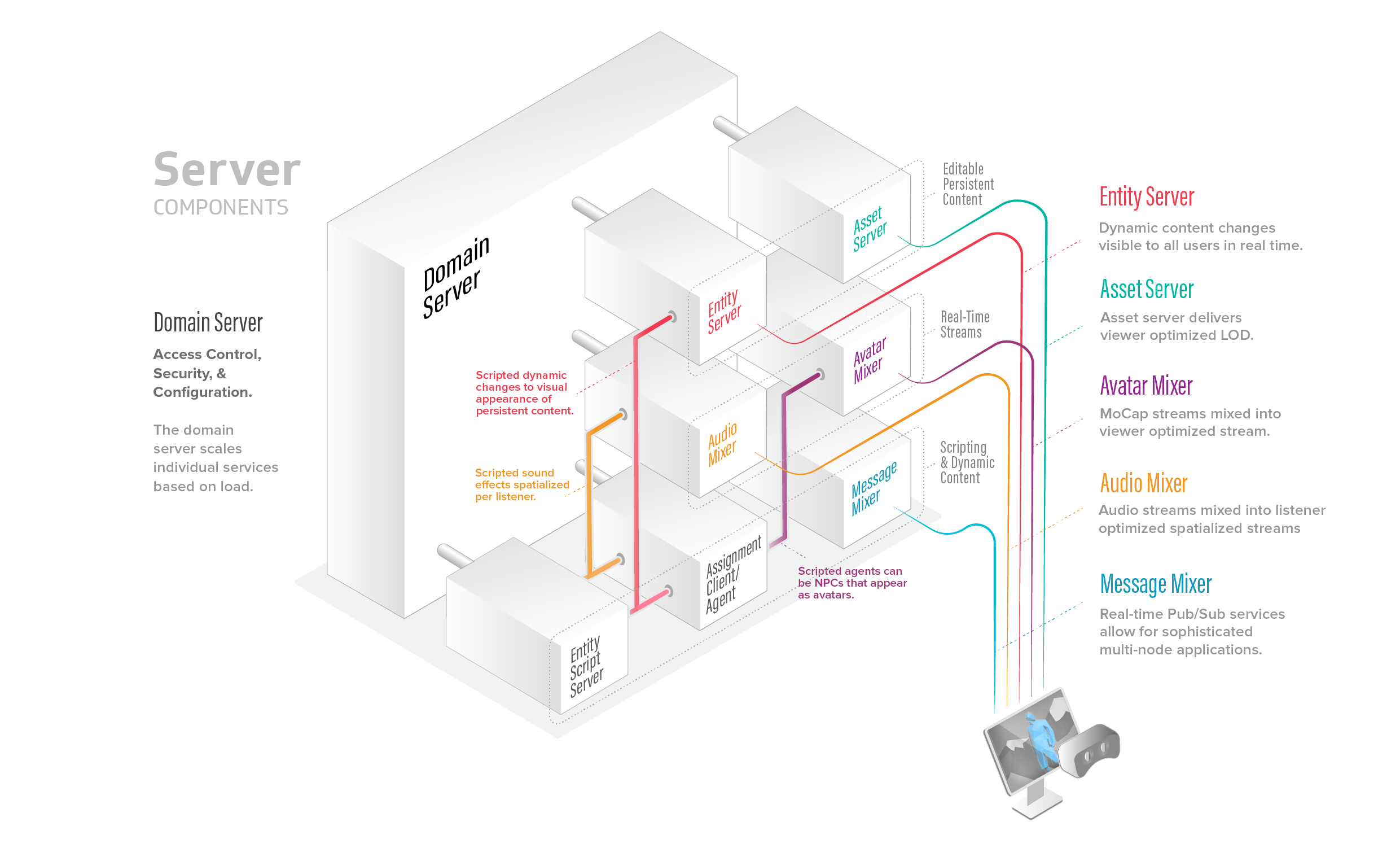 The Domain server is at the top of this stack and its job is to give out assignments to the other components. These components are called Assignment Clients, because from the perspective of the domain server, they are clients that take on different roles.

Because each assignment client is an independent process, it is possible to spread the load for a single world instance across multiple servers, e.g. deploy a domain's avatar mixer to an independent 64 core server whilst leaving all of the other mixers on a separate shared 64 core instance.

The domain server manages five dedicated assignment clients, and as many agent assignments clients as needed. However, it is possible to spread the assignment clients over multiple servers, and even to divide each function among a hierarchy of assignment components, which may be on different computers. For instance, multiple audio mixers could be used to mix the audio in different geographic regions of the domain.

Vircadia maintains global services to connect users and servers together. 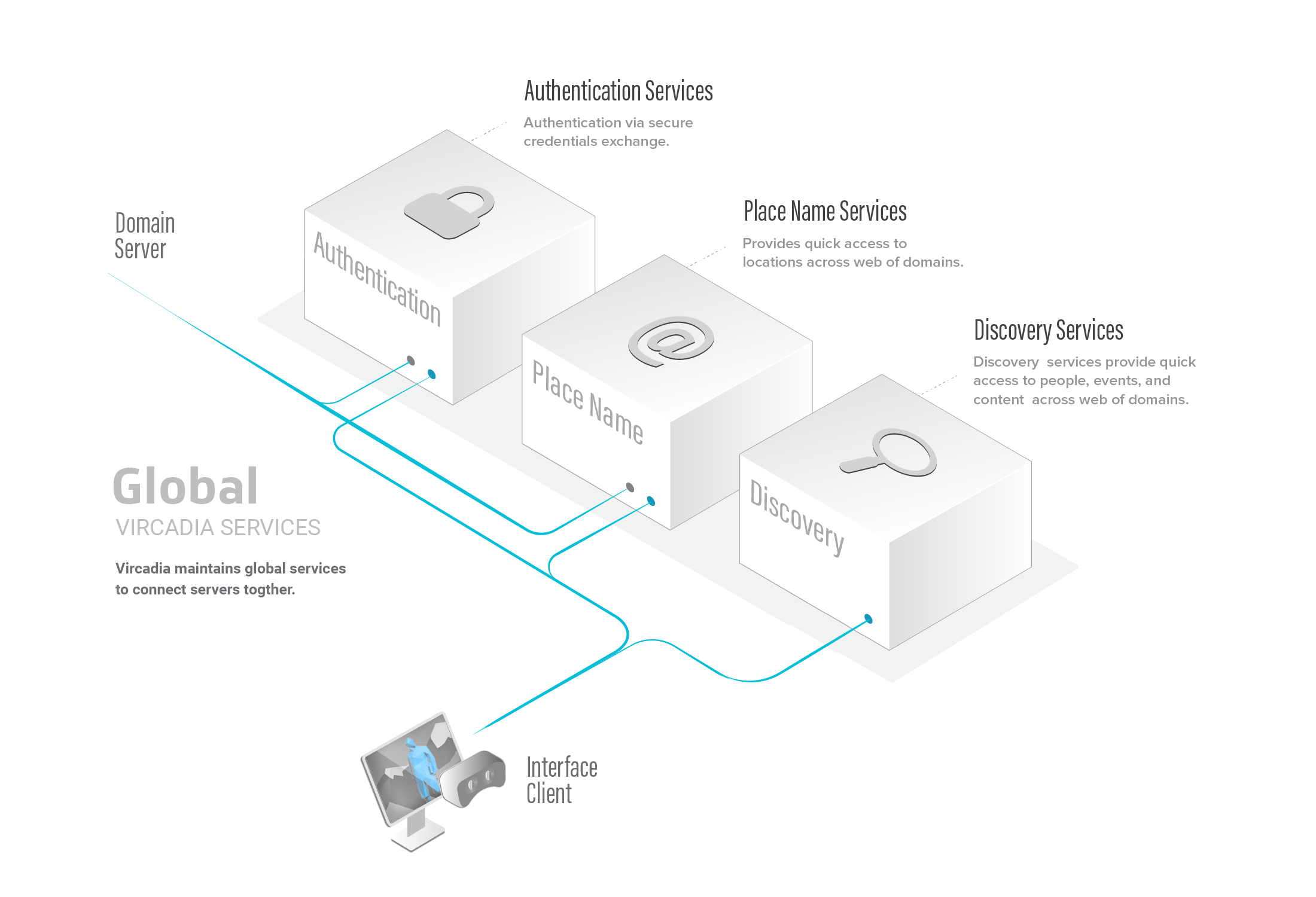 All of Vircadia's primary components are released under an Apache 2.0 or compatible license.

However, tools, supporting components, and third party projects that are not vital to the normal operation of the ecosystem may be distributed under a different license.